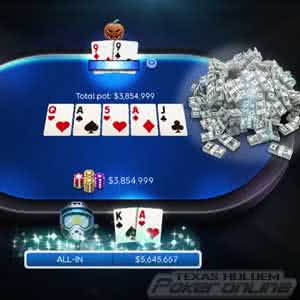 The launch of new software at 888 Poker has been met with both praise and criticism from players, which is par for the course in the online poker industry.

Poker players are typically an opinionated bunch, with one faction eagerly ready to embrace changes and new ideas, while another segment remains happy and satisfied with the status quo, wishing that poker rooms wouldn’t mess with a workable (and profitable) formula.

Whatever direction a poker site takes won’t please everybody, and that’s certainly the case with the new “Poker 8” software at 888 Poker. The biggest gripe among critics is that any notes taken and stored on opposing players have apparently been wiped out along with the new software rollout, frustrating players who make crucial in-game decisions based on notes from previous encounters.

You cannot have people who have been playing for years lose their notes and shrug your shoulders, stated a disgruntled 2+2 online poker forum member identified as ‘leviathan74’, who added, it’s disrespectful to your customers.

888 Poker certainly meant no disrespect. In fact, poker room honchos were hoping that the software update that boasts a layout that’s more user-friendly with enhanced graphics and is being billed as the next-generation poker platform would bring more players to the table.

Attracting players has been lacking at 888 Poker as of late as the poker room saw its revenue plummet some 37% in 2018 from the year before. While 888 Poker is declining, Party Poker is making a huge push to gain customers and its efforts appear to be working – at the expense of 888 Poker and PokerStars.

But the jury is still out on the software upgrade at 888 Poker as all of the scheduled improvements have yet to be implemented. There were more than a dozen changes that 888 Poker told players to look for when the software revamp was first announced five months ago that, when completed, would eventually result in the most entertaining and engaging experience on the market, stated 888 Senior Vice President of B2C, Guy Cohen.

The new software remains a work in progress and there appear to be a number of bugs that still need to be worked out. That’s standard for a software revamp of this magnitude.

Another online poker forum member, ‘naydanazar’, had a more positive attitude about the changes at 888 Poker, posting,

Honestly, and this new format will please you, I like it.

Also to be liked at the poker room are the Rake or Break tournaments taking place this Sunday March 24. Players who enter MTTs will receive refunds on rake paid if certain tournaments fail to hit a specific prize pool target.

Then in April, 888 Poker is hosting its XL Blizzard Series with guaranteed prize money totaling $1.7 million. The festival runs from April 4-14 and consists of 34 events.

With regard to the software update, an 888 Poker rep stated the following:

We take player’s feedback very seriously and have already made changes to the new client version following player requests.

888 Poker players who have suggestions or other gripes about the new software are invited to send an email to productfeedback@888poker.com.