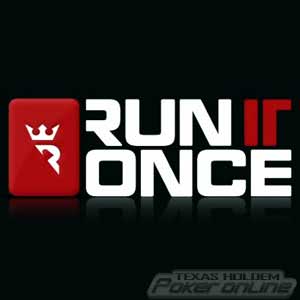 Players have been waiting seemingly forever for poker pro Phil Galfond to launch his Run It Once poker site. The wait is nearly over as Galfond has released a YouTube video announcing that real money beta testing will begin on September 13 for 1,000 players chosen at random.

A trusted and respected poker pro who has won three WSOP gold bracelets and amassed almost $3 million in live tournament cashes – and more than double that in online poker winnings – Galfond is being viewed as a savior by many players who have tired of some of the tactics and decisions made by the poker rooms that currently dominate the market. Galfond has promised to make Run It Once be all that a poker room should be as seen through the eyes of a long-time player.

Should Galfond come anywhere close to his goals of creating a poker room that is fair, honest, and transparent and that places value on players of all skill levels, then we at TexasHoldemPokerOnline will have to update our list of Top 100 Poker Sites. It may not take long for Run It Once to make its way to the upper echelon of that list, landing in the top ten among the likes of PokerStars, Party Poker, Ignition Poker and Americas Cardroom.

But first things first, and that starts with beta testing in a matter of days that will get the ball rolling and will finally allow players to take a seat at Run It Once. Many of the players among the beta testers will likely be customers of Galfond’s Run It Once poker coaching and training site that has been in operation for half a decade.

It’s that coaching site and Galfond’s status as a top player both live and online, as well as his reputation as a stand up and trustworthy guy, that have players believing that Run It Once may become the go-to site for professional and recreational players alike. Whether that happens, only time will tell, but players certainly have some idea what to expect with Galfond at the helm.

Over the last couple years and ever since Phil revealed his intention to launch an online poker room, he has kept his fans and players apprised of the progress concerning the site. Periodic blog posts written by Galfond have included glimpses of the Run It Once software, with the poker pro welcoming feedback and player input along the way. 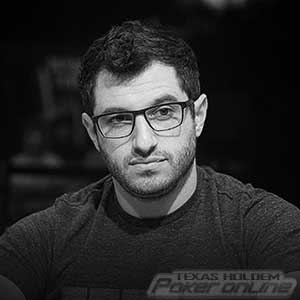 Galfond is a Maryland native who was a part of the Ship It Holla Ballas crew that included Andrew Robl and Tom Dwan, making a name for themselves by crushing online poker games following the 2003 poker boom before also finding success in live action. Phil’s legendary online screen names were ‘OMGClayAiken’ and ‘MrSweets28.’

The mainstream media covered Galfond when he famously installed a slide as a means of access between his two New York City penthouse apartments. In 2015, Phil married Farah Fath, a well-known actress who had long running stints on popular soap operas Days of Our Lives and One Life to Live.

From Blogs to Video

The latest update regarding Run It Once came by way of a video, with Galfond playing on the site as he discussed some of the features such as the dynamic avatars, the bet slider, and a running clock that tells sitting out players how much time they have remaining before they’ll be booted from the table. It’s obvious that Galfond has made it a point to consider even the smallest details regarding the overall playing experience.

It was often emphasized throughout the video that tweaks and improvements toward the betterment of the poker room will be ongoing throughout the beta testing phase and beyond. Feedback from players will be an integral part of those improvements, which is music to the ears of players who sometimes feel undervalued at the poker sites that dot the marketplace at this time.